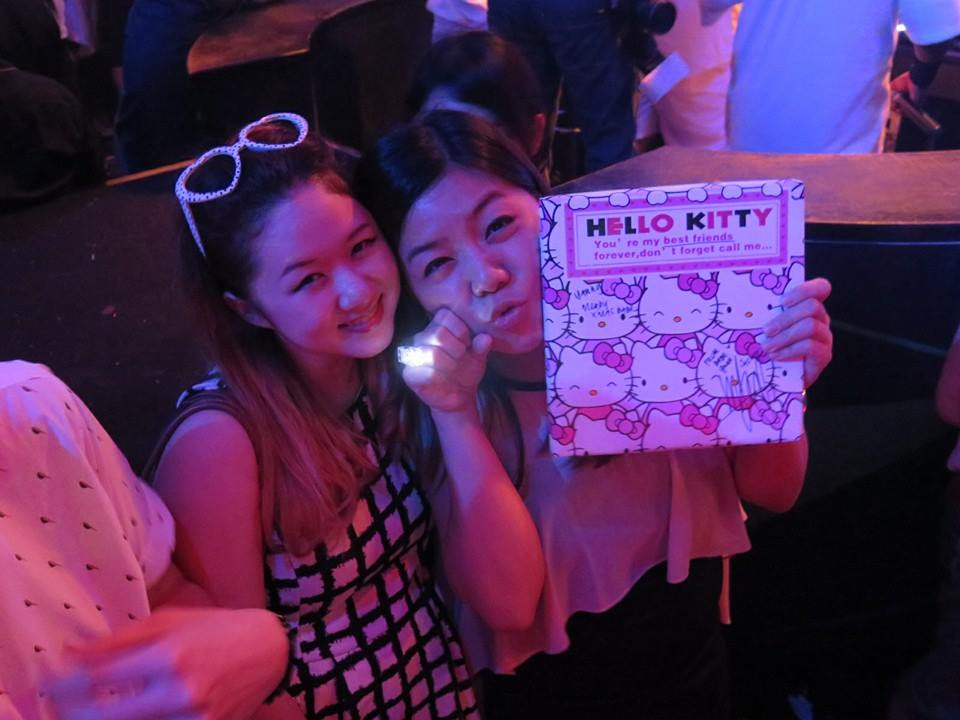 Introducing Gwen 25, and Yanny 26 (the one making the cat face holding the hello kitty present)
picture taken on 2013 xmas.

1. How did you guys meet?
G: We knew each other through my boyfriend and her ex-boyfriend who are buddies. They hung out together and brought their girlfriends out and that was how i met her.

2. How was it when you both still hung out together after you broke up?
Y: It was weird in the beginning. Especially when i was sad because my ex-boyfriend was her boyfriend’s best friend, but i guess i overcame it because she became my friend instead of my boyfriend’s best friend’s girlfriend. And now,  it’s not weird anymore.

3. What was your first impression of each other?
Y: She looked nice but i wouldn’t go over to introduce myself because i was a little shy.
G: Fierce and independent.

4. What do you treasure most about this bond?
Y: We can tolerate each other.
G: We are pretty straightforward and tell each other what isn’t good as well.

5. What do you loyal most about this friendship?
Y: Forgiveness
G: Honesty

6. What is the key to this friendship?
Y: Never hesitate to tell each other’s mistake and willing to accept.
G: Not afraid to point out our faults and the privacy and space we give each other. Even though we don’t see each other, text each other or go out as often together because now we are in two different state. our bond is still there.

7. Describe one work about each other.
Y: Sensitive. haha
G: Fierce. LOL

9. Who seems like the big sister who is more protective?
Y: I am the fierce and daring one in terms of action but she always have the confidence to talk and react in public.
G: she is, maybe because the fact that she is older than me so it feels like she is a big sister to me.

10. What’s something that annoys you about the other person?
Y: her fair skin annoys me. LOL
G: The moments when i go to her house to pick her up and she hasn’t shower or get ready. HAHAHA

11. What is your favorite memory?
Y: When i was stuck at Redang and she was there with Casson (her bf) to guard me. [BONUS* My first snorkeling.]
G: Our first trip together at Redang, and her my convocation. (she took the effort to take leave and came up to KL and stayed with my parents as well!) 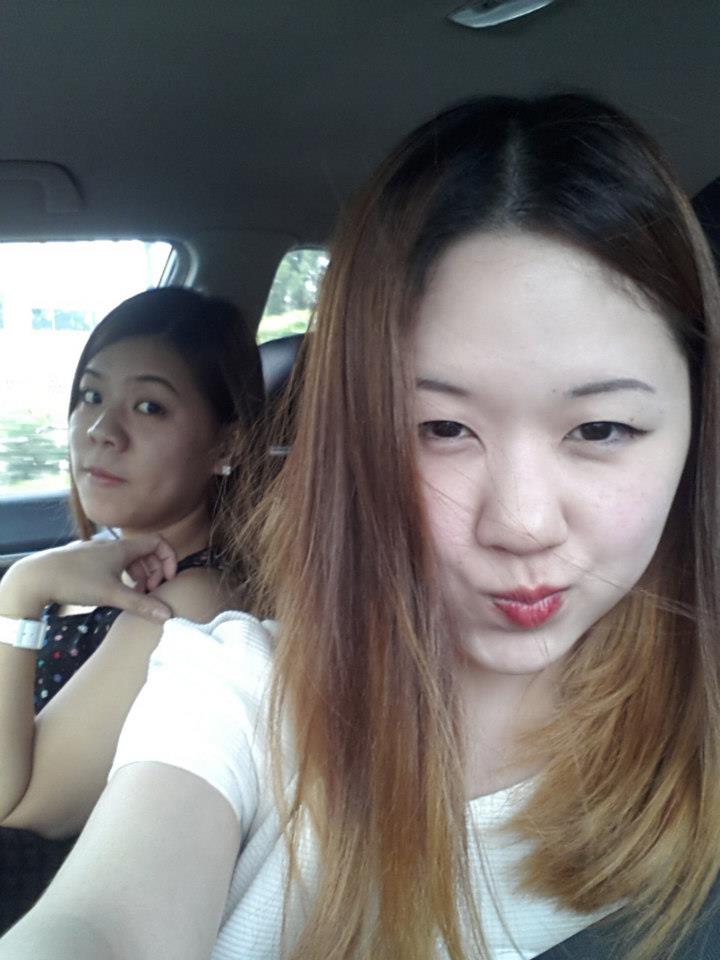 Obviously, I am much more vainer than her. 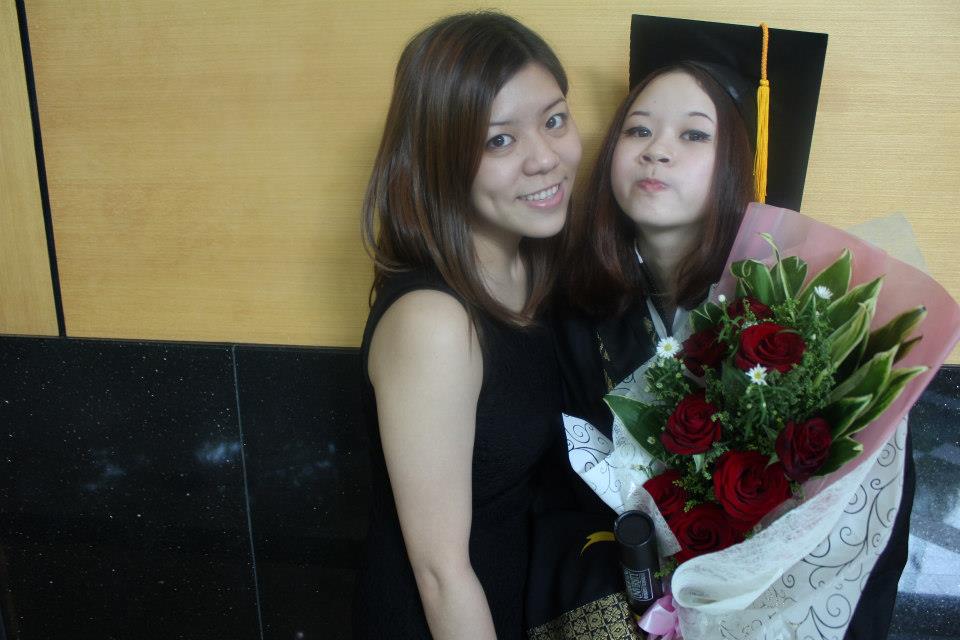 My turn to end with a funny face.
She is my babe, one thing we really appreciate about each other asides the trust, forgiveness and everything that is mentioned above is that we really respect our own space and time. She definitely has more friends than me. LOL but she always has time for me and be there for me when i need someone. Sometimes, she doesn’t need to say the best thing or give the best solution or advice, but she just listens. (but sometimes she will find me and i will rant but she isn’t listening. HAHAA) We aren’t perfect and we know it.