Skip to content
Last month, there was a new mascara launched and it was raved and advertised everywhere. If you have missed it, here it is. It is the Maybelline The Rocket Volume Express. (Don’t ask me why it’s that name. ask Maybelline) 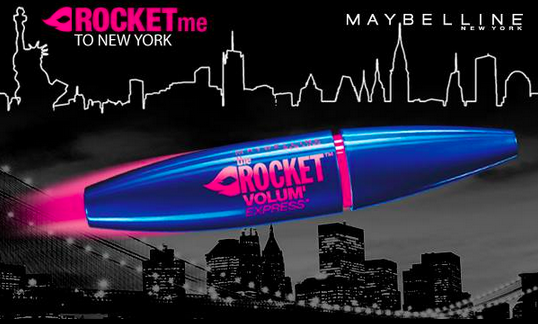 So it’s thie bright blue tube looking mascara that is shaped differently than the other Mayebelline mascaras.
So what do they say?
Get Explosive Volume in Rocket Time!
8X Bigger, smoother and more even.
Now, the most explosive, beautiful lashes ever! Volum’ Express The Rocket Mascara’s patented Supersonic Brush with micro bristles loads on big, sleek volume instantly.
Zero clumps!
___________________________________________
Well, that is what they say and have been advertising everywhere, but does it do what they say? Read on..
Nothing beats comparison and I have decided to pick the mascaras withint their own brand rather than taking others. I was close to getting the Covergirl Lashblast mascara which is my favourite to compare but not many of you know covergirl as it is not available here in Asia, so i have decided to go with a few of the many mascars from Maybelline itself. 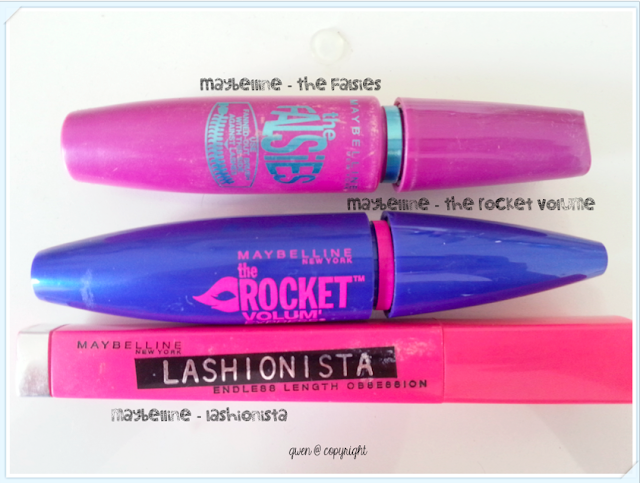 Here we have maybelline the falsies, the rocket colume and the lashionista.
I remember when the Lashionista was firstly launched it was advertised but it wasn’t as raved as much as this! and Lashionista isn’t available in Malaysia. It’s only at Singapore and Australia (FYI to my readers) and of course other places. As you can see from the packaging, the Rocket mascara is a huge fat one, which on the downside might take up a little space in your storage or your makeup bag. But you’d get use to these once the “new phase” passes by. trust me. LOL
When Falsies was launched, it was advertised and raved, (but rocket still topped them). I was in Australia when it was launched and i bought the one in Australia which was A-M-A-Z-I-N-G. And i recommended it to many of my friends but some came back with disappointment. So i thought it was just me in the beginning. But when i purchased my second one from Malaysia, it felt different. So i think the formula was different. 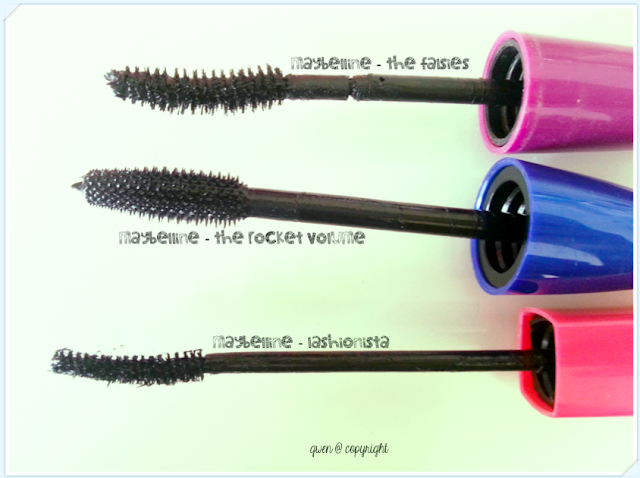 Next up is a comparison on the brushes, isn’t that the main thing? The application of it. If the application sucks, what’s the point? Well, to me, First is the formula, Next up is the brush.
Rocket’s stiff bristle brush compared to the soft bristle really is one of the main selling point with this mascara. The main reason Covergirl’s mascara is my favourite is because of the bristle brush. Many do not know how important the brush is. So when you test a mascara from a tester, make sure it is an actual brush of how the mascara is.
Why the stiff bristle? It is what de-clumps your mascar, it is what makes your mascara look clean, nice, neat unlike messy smudging all over your face application type.
So In Bristle and application form, Rocket wins. 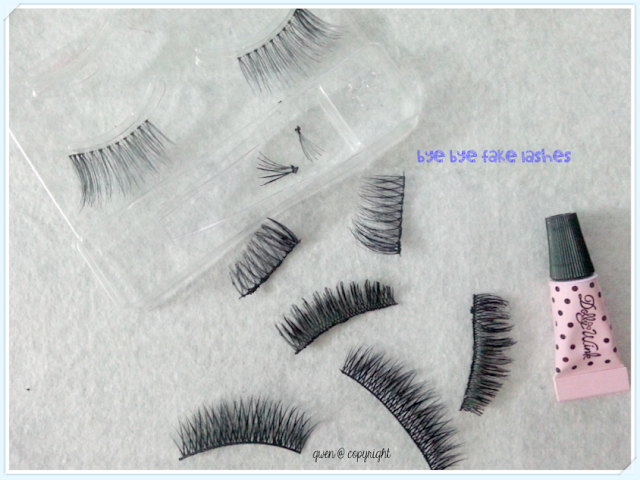 I now have said bye bye to my fake lashes. Well, not like i wear them daily or what, but i don’t need them anymore. BUT those who are obssessed with lashes and wears them daily even to hawker and mamak stall. I don’t know, maybe keep your lashes just in case.
So what do i say?
I say, this is by far the BEST mascara Maybelline has given. I”M SERIOUS!!! I hate mascara that clumps, and this doesn’t. Many mascara out there that DOESN”T clump, usually don’t even look like you have anything on and doesn’t FEEL like you have anything on. I mainly believe this is something to do with the bristles. Secondly, this mascara is buildable and it just look like you have mascara smacked on your eyelids (hate that kind of mascara). Because of the bristles, you can apply them on your lower lashes looking as natural you want with one coat and building up to however thick and obvious you want it to be.
Forumla wise? This mascara definately has fibers. Well, that is wht gives that fake extra length right, they have it in the falsies it’s IMPOSSIBLE to not have it. This mascara is smudgeproof. SERIOUS!! doesn’t stain your eyelids when your remove nor rub your eyes. Even if you have the oiliest face that can make french fries, this mascara will just STAY ON THERE. Even if you get the waterproof formula, it is still amazing.
Now you must be thinking if it stays on damn well it must be damn hard to remove!! NOPE1 Wrong again!! This mascara is easy peasy to remove. Warm water, rinse, fall off. This mascara falls off in fibre clumps, not smudge stained black ink that can give you residues and panda eyes.
I don’t do demonstrations with mascara cz i do not have my camera with me and it is merely impossible to show. BUT, xiaxue here has done a video on how well the smudge proof and waterproof and removing it is!  If you have not watched it, Here it is from clicknetwork.tv 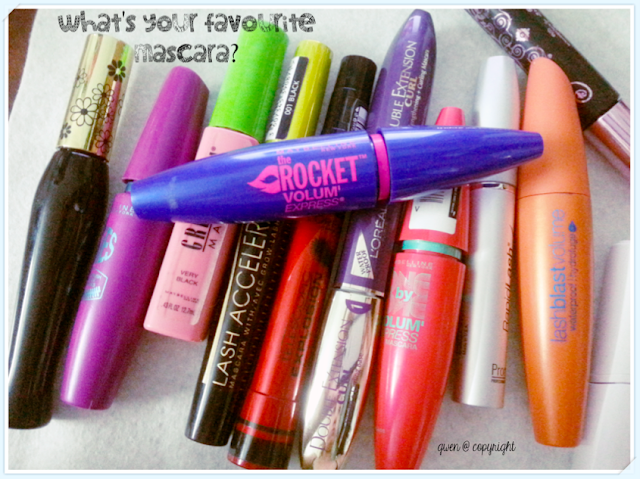 So have you tried it?? What the best mascara and is it your favourite and what is your worst mascara experienced? And if you haven’t tried the Rocket. you should. If you have a friend’s birthday coming up and do not know what to give and she is a girl? Get her this. You can never go wrong with makeup as gifts. 😀
Honestly not advertised, i really like this. Maybe it’s me, maybe it’s maybelline (LOL their tagline)